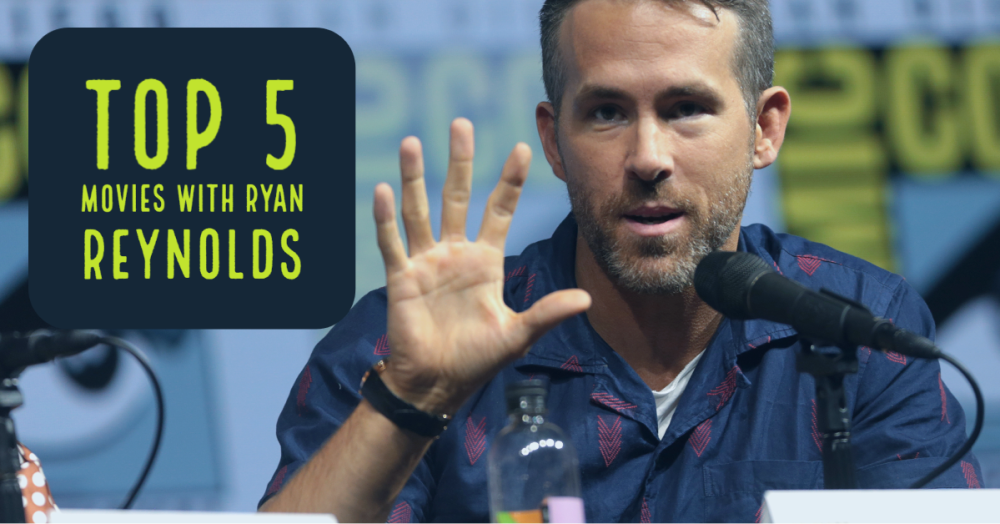 Ryan Reynolds is a Canadian actor that has become famous in Hollywood. Besides great movies, he is known for his sharp look and an amazing sense of humor.

Reynold’s filmography includes almost every genre, which is a remarkable achievement in his career.

He has been featured in more than 50 films since 1996 and has been a screen partner for stars like Denzel Washington, Sandra Bullock, Kevin Costner, Helen Mirren, Samuel L. Jackson, Tommy Lee Jones, Michael Douglas, Gal Gadot, Betty White and many other A-list stars of Hollywood.

We chose some of the best films with Ryan as a recommendation for you.

The Proposal – This romantic comedy is the most popular and successful movie in Ryan Reynolds’ career. It has earned $317 million since its release in 2009. In addition to money, The Proposal won the Teen Choice award. The movie is rated 6.7 on IMDb and we believe it is one of the best romantic comedies of all time.

Woman in Gold – This is an amazing movie with multiple storylines about love, family, war, justice and art. Woman in Gold was released in 2015, and is rated 7.3 on IMDb. In this film, co-starring with Ryan Reynolds is Helen Mirren.

Self/less – It is a story about a wealthy dying man who is looking for a perfect body where he wants to transfer his consciousness. And who has a body better than Ryan? The movie was released in 2015. Its IMDb rating is 6.5.

Criminal –Tommy Lee Jones, Kevin Costner and the wonder woman (Gal Gadot) are co-starring in this film along with Ryan Reynolds. Movie was released in 2016 and has a 6.3 rating on IMDb. It should be noted that Criminal and Self/less have somewhat similar scripts, but different plot twists.

We hope we gave you some great ideas for your movie night. Enjoy Ryan Reynolds and films with his amazing performances.

One thought on “Hidden gems with Ryan Reynolds”

How to design a comfy workspace at home?